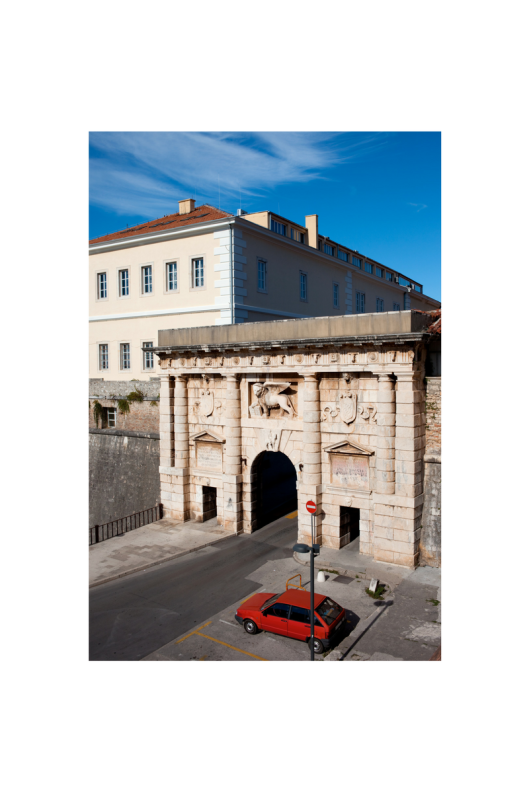 Cities are important to God. In the NIV, there are 669 references to the word ‘city’. Cities being built, cities being destroyed, cities being attacked, cities falling under God’s wrath, cities being blessed in fact, for those that believe that God’s Son’s sacrifice paid the debt for all sin – God has prepared for them a ‘city in heaven’ ( Hebrews 11:15).

The writer of Hebrews could have used another word to describe this heavenly place;  region, colony, parish (for the Louisiana Christians), state, even Heaven by itself with no other geographical term, leaving what Heaven really is like up to our imagination, but the author of Hebrews uses the word ‘city’. This ‘Holy City’ is described in rich detail in Revelation 21:2-22:19, and in the final chapter of Revelation, refers to the restoration of Eden, the Garden of:

Revelation 22:1-5
Then the angel showed me the river of the water of life, as clear as crystal, flowing from the throne of God and of the Lamb 2 down the middle of the great street of the city. On each side of the river stood the tree of life, bearing twelve crops of fruit, yielding its fruit every month. And the leaves of the tree are for the healing of the nations. 3 No longer will there be any curse. The throne of God and of the Lamb will be in the city, and his servants will serve him. 4 They will see his face, and his name will be on their foreheads. 5 There will be no more night. They will not need the light of a lamp or the light of the sun, for the Lord God will give them light. And they will reign for ever and ever.

I don’t know about you but this reference to Heaven being a city brings me comfort. Many questions remain but I hope to be greeted by at least some familiar environments in my new ( Holy) City with admittedly a few superficial benefits; free shopping, restaurants serving large and flavorful portions with zero calories, bookstores with aisle after aisle of books, offering NO Harry Potter or any books pertaining to sorcery, vampires, death or blood other than the blood of Jesus. ( I also expect to have no need for any fitness enterprise). The thing I most look forward to is hearing Jesus teach and spending time with Him, maybe even sitting near Him in front row center section during very cool concerts in an outdoor venue in the City of Heaven listening to the  Hallelujah Chorus in surround angelic sound.

The Holy City of Heaven is certainly going to be a big step up – jasper walls, gold streets, and of course, pearly gates. There are frequent references in scripture to City  Gates. I have noticed that there is something consistently good about things that happen inside the walls of these gates – directly opposite of what can happen outside the gates: stonings  (way more deadly than the marijuana kind), crucifixions, visitations from the devil out in the count(r)y, those kinds of things. Scary stuff. Cities are good. Elders and local churches are there, leadership and structure are there, economies, commerce and opportunity for increase are there. Healthcare and medical services are there, too.

In 2011,  my city went through a catastrophic EF-4 tornado that vaporized 12% of all structures leaving a 6 mile long, 1 mile wide swath of destruction. I watched as the local church transformed into mini city halls becoming high level distribution centers leveraging its membership rolls, staff, all systems of communication and finances to save and secure lives and property. It was remarkable to witness the local church at its finest hour. A high concentration of strong churches is a highly desirable component of any city any time but particularly when disaster strikes. {Sacred Ramblings, June 2011: Equip the Bride: http://wp.me/p1zoxs-k}

Not only are cities on God’s radar but geography and placement for His People are extremely important to Him – where a person lives can dictate a high degree of favor if it is God’s chosen place to fulfill their destiny and purpose.  You should engage in times of prayer to hear from His Spirit when considering any move. God surely moved Abraham, Joseph, Joshua and in due time, establishing them securely in cities that utilized their highest potential. Being in the right city with the right people and a strong foundation can make – or break – your destiny. Being in the right city should be a high priority for every one that knows Jesus Christ as their Chief Shepherd. Listen, listen for His voice.

The Apostle Paul, as did other Apostles,  moved strategically from city to city, embracing each to preach the Gospel, igniting flames of the Spirit where ever He taught. He planned his journey from city to city – not from nation to nation. It was by transforming influential cities through relationship and teaching, that fueled the fire of the Gospel message throughout that part of the world which ultimately impacted the nations. God chose Paul, a Roman citizen, to bring the Gentiles to the knowledge of His Son –  through the  portal of cities. As a man or woman of God, you have an eternal hometown, and forwarding address,  a divine destination called the City of Heaven.