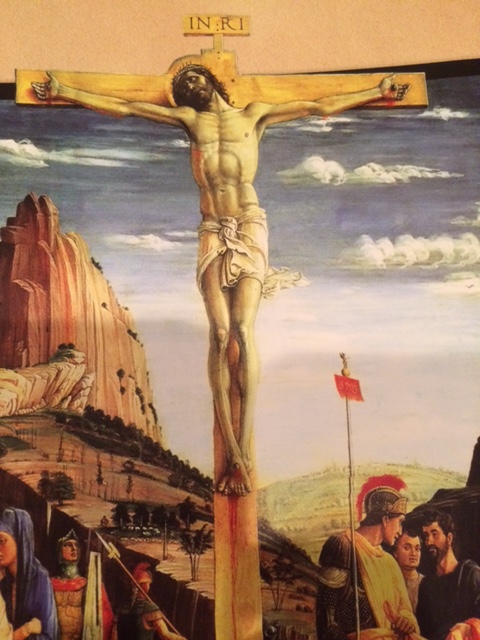 To study the practice of New Covenant prayer, one must understand basic biblical principles which primarily surround Jesus Himself. One of these foundational principles is to understand what it means to be righteous and how righteousness is obtained.

The word “righteous” simply stated is ‘to be in right standing with God’.

To begin, we must first understand that God Himself imputes righteousness, not because we adhere to a Law or a way of living, but because we believe that God’s Son paid a sin debt that could never be paid by anyone else. Jesus is the only One that could have made this sacrifice. As a person born into the Adamic line of sin, which we all have been, an unbelieving person, without Christ’s sacrifice, would otherwise hold a punched one-way ticket to Hell. Christ Jesus has taken our sin debt and imputed His own perfected righteousness into all that believe. Imputing means a transference – Jesus imputed or transferred His righteousness while simultaneously extracting OUR sin.

Can righteousness be attained through behavior, no – righteousness is a gift imputed to us by God for believing in His Son. When one accepts Jesus and understands that His righteousness required an obedient sacrifice that we could never pay, the result should impact a person’s behavior. Good behavior does not create righteousness however the knowledge that we cannot obtain righteousness through any other way should convince us to modify our behavior. It is impossible to work or perform one’s way into right-standing with God. There are teachings that by watching words, purifying our vessels (our bodies) or being set apart can make one righteous or in right standing. This is inaccurate.

True righteousness, accepted by God, comes through the understanding that His Son’s sacrifice fully achieved everything necessary to remove the dividing wall between God and You. This places all responsibility totally on Jesus for this achievement. To assume that one can be made righteous through his own behaviors or merits, illustrates a lack of understanding of the magnitude of the Cross. This position creates ‘self-righteousness’ which is dangerous and noxious to God.

To be clear, is there anything wrong with watching what we say, staying away from unclean food and actions, and practicing a more holy (set apart) lifestyle? No – of course not, however modifying one’s behavior does not make any person more righteous in the sight of God. These behaviors should be response – response being a heart level understanding that results in transformation. Christ Himself is Our Righteousness and the only pathway.

The Book of Romans could be considered the Epistle of Righteousness –

“ But now the righteousness of God has been revealed independently and altogether apart from the Law, although actually it is attested by the Law and the Prophets, Namely, the righteousness of God which comes by believing and personal trust and confident reliance on Jesus Christ. And it is meant for all who believe for there is no distinction.
Since all have sinned and are falling short of the honor and glory which God bestows and receives. (ALL) are justified and made upright and in right standing with God, freely and gratuitously by His grace (His unmerited favor and mercy) through the redemption , which is provided in Jesus Christ, Whom God put forward as a mercy seat and propitiation by His Blood (the cleansing and life giving sacrifice of atonement and reconciliation, to be received) through faith.
This was to show God’s righteousness, because in divine forbearance He had passed over and ignored former sins without punishment. It was to demonstrate and prove at present time that He Himself is righteous and that He justifies and accepts as righteous him who has true faith in Jesus.”      Romans 3:21-26

But this requires faith. Faith that you are righteous in Christ and that your sins have been atoned for – you must pray in faith.

The Amplified defines Faith as the practice of leaning your entire personality on God in absolute trust and confidence in His power, Wisdom and goodness.

How is your faith holding up during this pandemic?

Has God told you something that still requires faith on your part because that promise has not come to pass?

When one remains in faith, that faith is being accounted to them as Righteousness by God and places that person in His right standing. Remember, righteousness is a grace gift and cannot be earned. Faith in His promises does not require one to watch words, or eat clean, refrain from alcohol, or any number of actions that are associated with being a righteous person. As people of God we should engage in these practices as they make us healthier, keep us out of trouble, and most importantly, keep doors closed to the demonic, but God does not recognize anything else as righteousness other than the acknowledgement and resulting actions based on the knowledge of 1) His Son’s righteous standing, 2) maintaining faith in His Son and 3) faith in the promises based in His Word.

In the Old Testament (testament means covenant), Abraham was considered righteous by God because of His faith. Abraham of course lived many hundreds of years before Jesus. Here is what the Apostle Paul writes about the Prophet Abraham in the New Testament book of Romans –

“No unbelief or distrust made him waver concerning the promises of God, but he grew strong and was empowered by faith as he gave praise and glory to God. Fully satisfied and assured that God was able and mighty to keep His word and to do what He had promised. That is why his faith was credited to him as righteousness. (boldface mine) But the words, It was credited to him, were written not for his sake alone, But (they were written) for our sakes too. [Righteousness, standing acceptable to God ] will be granted and credited to us also who believe in God, Who raised Jesus our Lord from the dead, Who was betrayed and put to death because of our misdeeds and was raised to secure our justification, making our account balance and absolving us from all guilt before God.” Romans 4:20–24 AMP

Last week we looked at the word ‘Tetelestai’ which means All is Accomplished. This is what Jesus said at the end of His life and on the Cross – it is typically interpreted as ‘It is Finished’.  ‘Tetelestai’  is an accounting term that denotes account reconciliation, that the debt has been paid. A person must acknowledge that Christ, through His sacrifice, has reconciled them back to God the Father, and that they, as a sinner, have no personal ability through their own works or acts to do the same. Once saved, you are in Christ, and clothed in His Righteousness.  When you pray, do so knowing that you are already in right standing with the Father, and there is nothing to earn.