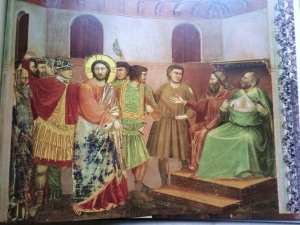 You may recall your experience in childhood, being under the constant watchful eye of a parent, as they monitored your every move; “put your hand in your lap while you eat, don’t put your finger in your nose, don’t run near the pool, look both ways TWICE before you cross the street”. Every statement seemed like a “do this” or “don’t do that” directive. There was a lot of “Law” in the house to usher in plenty of behavior modification.

In the Old Testament, the Jewish Laws were upheld by the Priests serving as great teachers and Trustees of the people. This was useful up until God sent His son to redeem mankind and to fulfill the Law. Gal 3:23-26 AMP Apostle Paul speaking to the Church in Galatia – “Now before the faith came, we were perpetually guarded under the Law, kept in custody in preparation for the faith that was destined to be revealed, so that the Law served as our trainer (our guardian, our guide to Christ, to lead us) until Christ came, that we might be justified by and through faith. But now that the faith has come, we are no longer under a trainer (the guardian of our childhood), for in Christ Jesus you are all sons of God through faith”.

We, too, were rightfully, “kept in custody” by our parents but as we grew, we continued to have the faith that one day we would move out and be free! Most of us successfully learned “the Law” from them then found a home where we could function and make decisions on our own. Remaining under the Law (living with our parents) for a life span is unnatural. Likewise,  the bible states in Hebrews that the Old Testament covenant of the Law of Moses is now obsolete because there is a new and better way. Not that on the surface any of the Laws were bad, but they were unyielding and could never help someone to not violate them – if you were tempted to steal, or idol worship, or murder, the Law would only tell you not to do it and issue a stiff penalty – like death. If you blew one, you blew them all. The Law kept the order but was ill-equipped to save the soul.

Jesus came bringing a different and a better way. When someone accepts Jesus its BOGO – Buy One Get One – because a person also receives His Holy Spirit. Now that’s the best deal of the century. The Spirit teaches and helps you with difficult emotions and tight places in ways that only He can advise because He is the Spirit of God. If He can raise Jesus from the dead, He can help you!

God is full of grace and mercy. Jesus has set you free. Live by faith. Live free.

To my readers: I have been busy! I now have a second blog called Marketplace & Ministry which can be found at tracylgatewood.wordpress.com and also have written a book entitled, Doorways of Grace – My Uncommon Journey to Healing, Wholeness and Meeting Jesus. Information on the book may be found at http://tracygatewood.com  Thank you for joining in my journey.

This site uses Akismet to reduce spam. Learn how your comment data is processed.